This 80 year old man is not a character from The Lord of The rings, nor isn’t he troll. You can barley see his eyes, his skin is scaly and a smell up in the sky. But all of this has a very simple reason: the man has just refused to take a shower for 60 years. A user in Reddit has posted a gallery and it’s hard to believe that there’s a real human on those pictures…

This is how hands will look if not washed for 60 years. 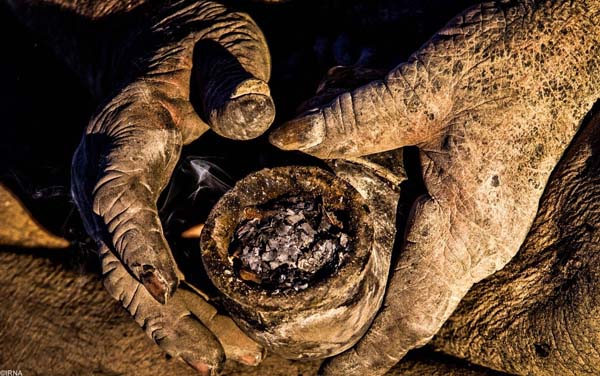 Say “Hello” to Iranian man, Amoo Hadji, who hasn’t bathed in over 60 years. 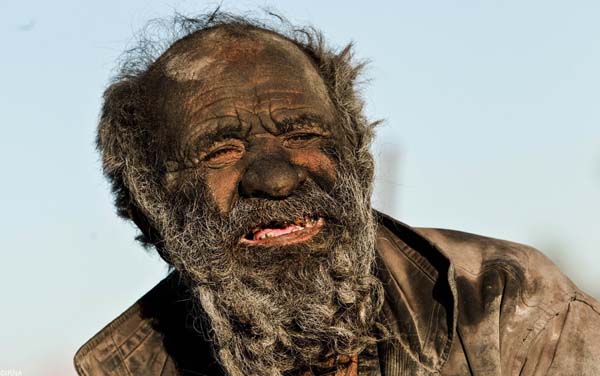 The (allegedly) 80 year-old leads a fairly primitive life, with his most prized possession being a steel pipe… that he smokes animal dung with. 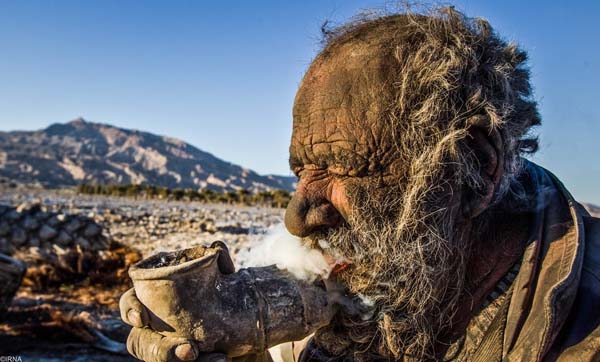 He seems to blend in with his surroundings. 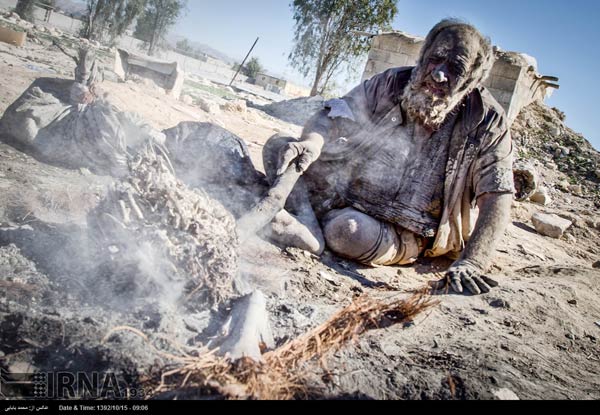 He lives in the village of Dezhgah (city of Farashband in Fars province of Iran). 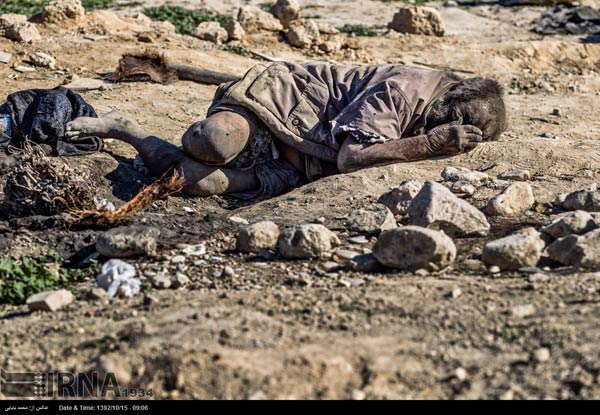 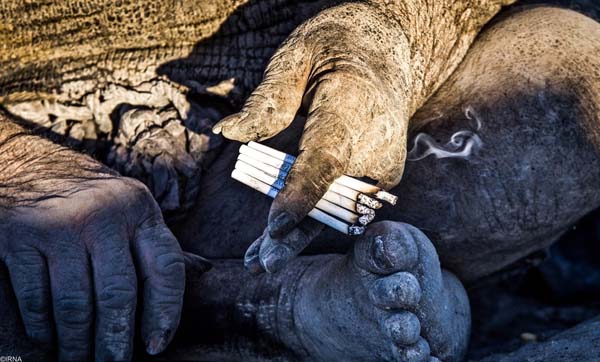 It’s not known why he hasn’t bathed in decades. 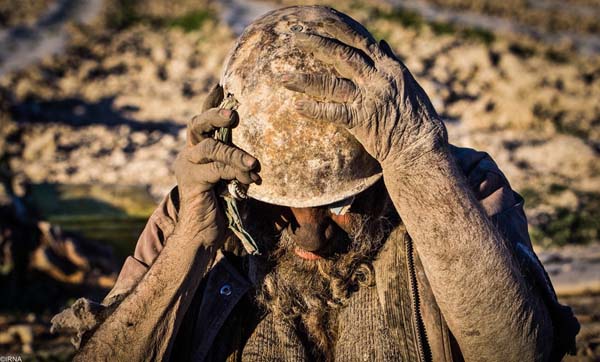 But you can tell he lives a dirty, but simple, life. 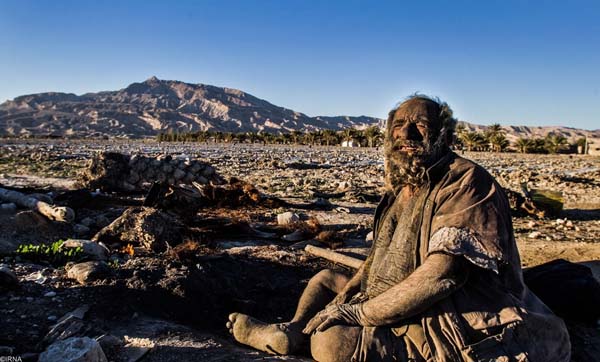 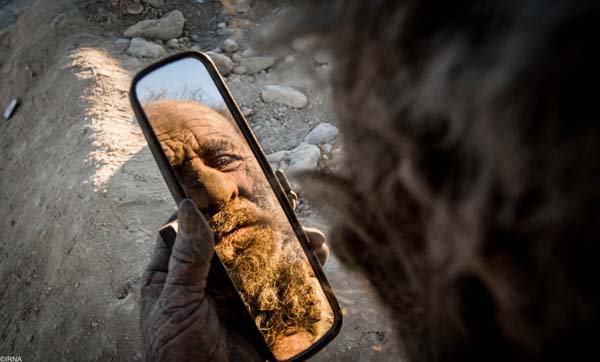 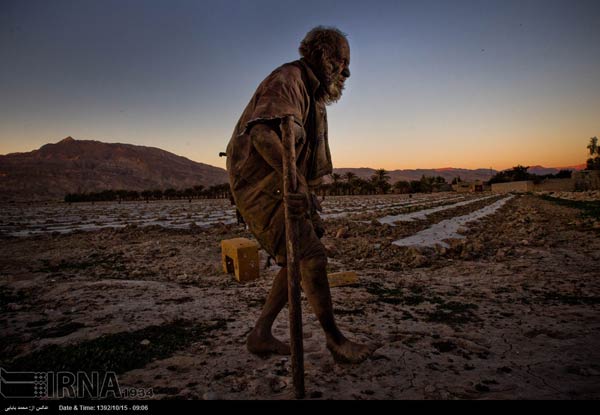 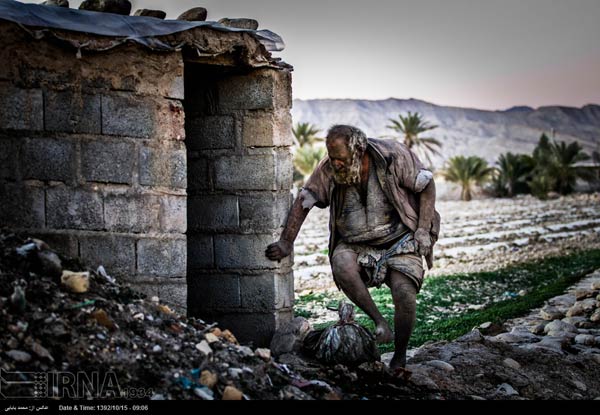 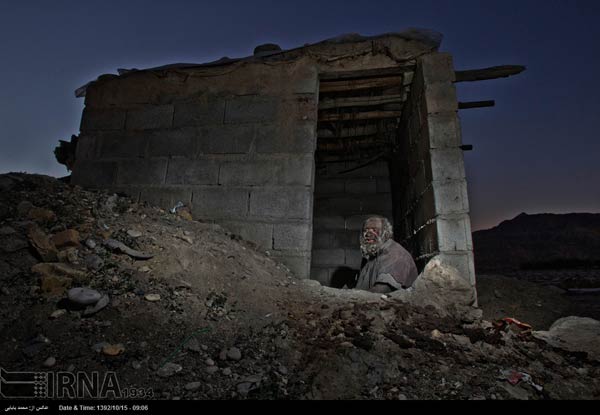 It’s rather hard to understand why Amoo lives like he does, but on the other hand – everyone’s different :)

Although, it all makes sense now why my mom always pushed me to have good scrub!